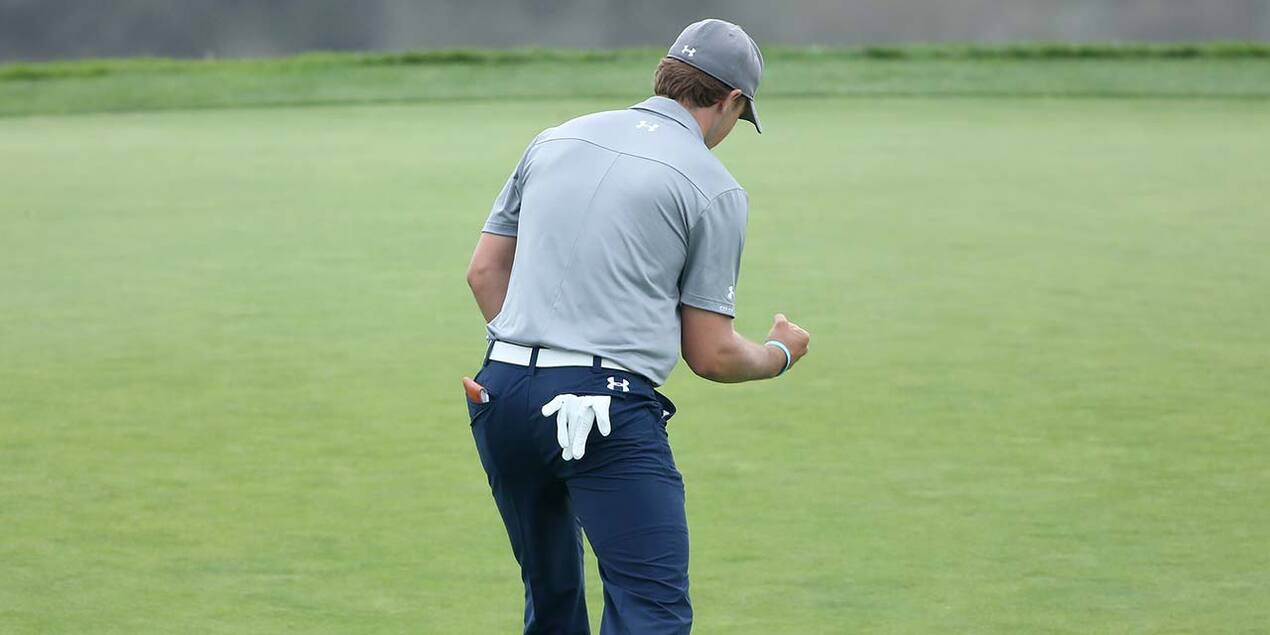 Jordan Spieth is seeking a fresh start at the site of his pro debut.

Spieth was 19 years old when he first played the Farmers Insurance Open seven years ago. Now he’s the owner of three majors and a FedExCup, but he’s trying to dig himself out of slump as he starts the new year at Torrey Pines.

It’s been 2 ½ years since Spieth won his last tournament, the 2017 Open Championship. He’s missed the last two TOUR Championships and fallen to 45th in the world ranking because of struggles with his ball-striking. Only a stellar short game—he was second in Strokes Gained: Putting last season—kept him from falling even further.

This week will be Spieth’s first official PGA TOUR start since the Asia Swing. He started the season with an eighth-place finish at THE CJ CUP @ NINE BRIDGES, but even there he finished second-to-last in driving accuracy. He finished outside the top 40 in his next two starts. He hasn’t been seen at an event since finishing third-to-last at the Hero World Challenge. He watched from home during the Presidents Cup. It was the first time since his sophomore year at the University of Texas that he wasn’t on a U.S. roster.

“I feel like I got out of the … fall tournaments what I wanted to to an extent,” Spieth said. “It was a little trial and error and I was able to have some time to rest and then recover and then practice gearing up.

“I think, big picture, I have a really good frame of mind which should allow me to build some patience into getting my game where I want it to be.”

He isn’t trying to re-invent his swing, but instead recapture the feelings he had during fruitful seasons like 2015 and 2017. He used technology like 3-D motion capture during the offseason to collect data and compare it to those seasons.

“I’m just trying to get my timing down a little bit better. It’s nothing crazy, nothing wild, no big changes or anything,” Spieth said. “It’s just simply finding ways to go back in time almost to where I’m swinging my swing instead of trying to do anything special.”

Spieth was scheduled to play two weeks ago at the Sony Open in Hawaii, but withdrew with a cold. This is his fifth appearance at the Farmers Insurance Open and second in a row after a three-year hiatus.

Spieth said he’s still thinking about his swing, but that doesn’t preclude him from playing well.

“I've won golf tournaments thinking about my swing pretty hard every swing and I've won them where it was easy and I was playing shots,” Spieth said. “It doesn't necessarily hinder me, but it's a lot easier to be more comfortable if you don't have to think about the swing.

“But most of the guys out here are standing on the first tee with at least one or two swing feels. I would like to shift more towards seeing the shots, but … it's not easy. You have to be in place to do so.”