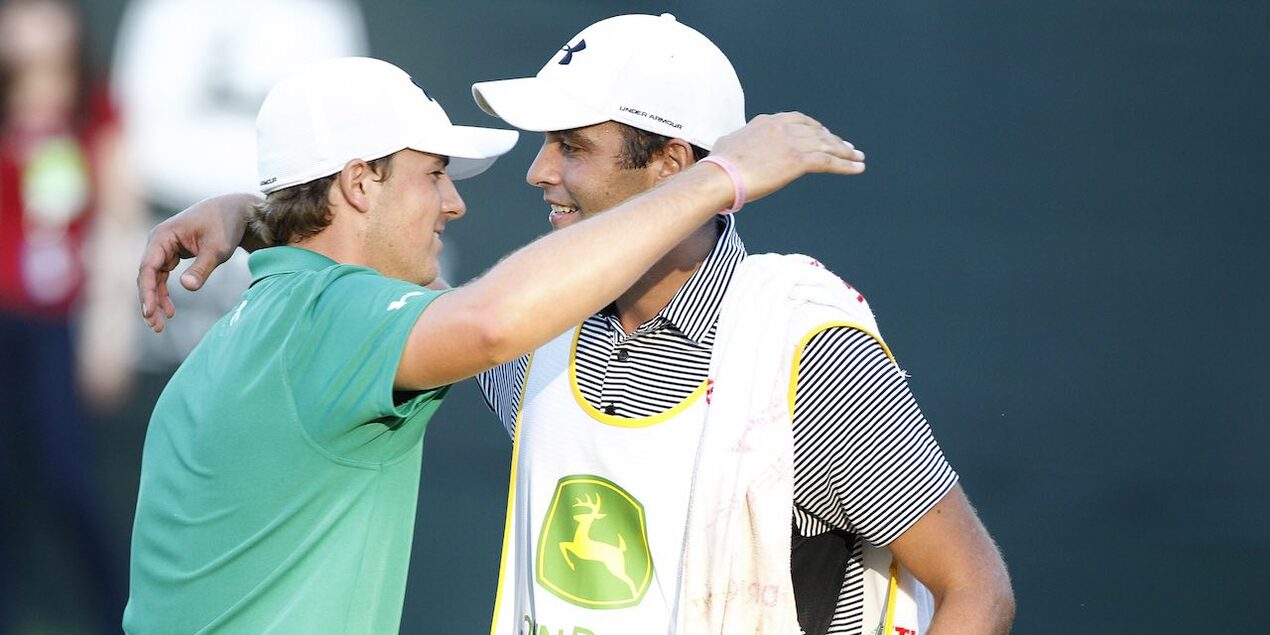 There weren't many signs on Sunday that Dallas' Jordan Spieth is still a teenager. Heck, there haven't been too many signs of that since he burst onto the PGA Tour as a 16-year-old amateur at the HP Byron Nelson Championship, his hometown tournament, a few years back.

Even then, I remember marveling at how you had to really pay attention to realize that the kid was, well, a kid. He didn't talk like someone who was merely happy to be playing with golfers that he idolized growing up. He said he wanted to win, and it didn't really come off as brash. Why? Because he had the game to back it up. And he wasn't saying it as if it was some pie-in-the-sky proclamation. He really believed it.

He made me a believer in that 2010 Nelson. There he was, within range of the leaders as he started the back nine, only to falter and end up tied for 16th. But it was the way he handled himself amid what should have been huge pressure that has me sitting here, more than three years later, surprised but not stunned that he's a PGA Tour champion.

The 19-year-old won the John Deere Classic on Sunday with some tremendous shots and a little luck, too. But it wasn't as if this came out of nowhere; he's been in contention several times this season. On Sunday, he holed a bunker shot that looked destined for the water on No. 18 just to make the playoff, and he admitted that the shot didn't have any spin. He just got lucky. He then watched as David Hearn missed about a 4-footer to win on the fourth playoff hole. Finally, Spieth struck. He hit a great approach shot as Hearn and Zach Johnson faltered. A tap-in par secured his victory. It's a big one for a bunch of reasons. He now has full status on the PGA Tour. He earned himself a spot in the British Open. And he's in the top 12 of the FedEx Cup rankings.