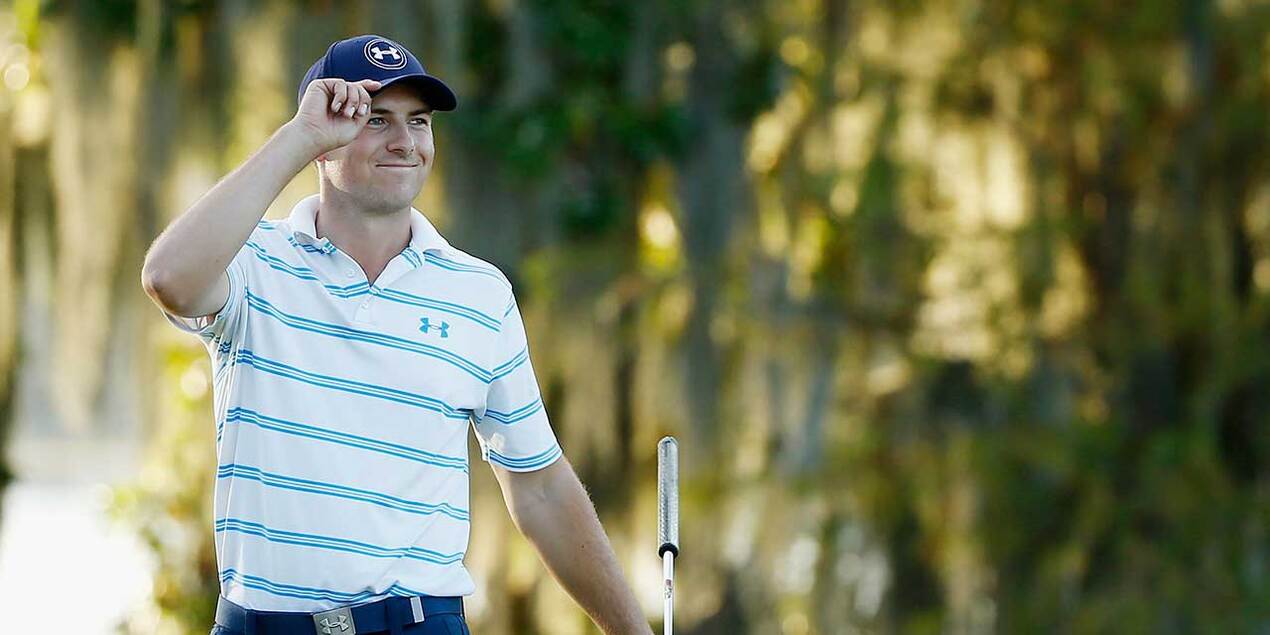 Jordan Spieth rolled in a 50-foot birdie putt on the last hole to cap off a Saturday at Isleworth that was close to perfect.

Spieth opened with three straight birdies and wound up with a 9-under 63. That gave the 21-year-old Texan a seven-shot lead over Keegan Bradley and Henrik Stenson going into the final round of the Hero World Challenge.

"This is the best I've played in a 54-hole stretch," Spieth said.

He was at 20-under 196. Spieth said he has never been 20 under on any course through 54 holes, and he has never finished a tournament that many under par. That gave him a target for Sunday, when he goes after his second straight victory.

Spieth won six days ago halfway around the world at the Australian Open, where he closed with a 63 for six-shot victory.

Tournament host Tiger Woods was 20 shots behind and in dire need of his antibiotics taking effect.

Woods lost his voice overnight and had nausea on the practice range and on the golf course.

He felt slightly better at the end of his round when he made three straight birdies for a 69. He remained in last place.

Bradley made four straight birdies around the turn on his way to a 65. He will play in the final group with Spieth.

"I've got to shoot a low one and get some help from Jordan," said Bradley, who has not won in more than two years. "He's such a good player. I don't expect that. I'm going to have to shoot a really low one."

Stenson, who played in the final group with Spieth on Saturday, recovered from a sluggish start with four birdies over his last eight holes for a 68.

Spieth made two big putts on the 18th hole.

He returned Saturday morning to finish his rain-delayed second round, chipped up to 5 feet and holed the par putt. He also watched Steve Stricker hit a putt from about 50 feet across the green, which came in handy later in the day.

Spieth had about the same putt, only going in the opposite direction of Stricker's putt. That at least gave him an idea of the speed, though he had imagined a 3-foot circle around the hole that he would have accepted to walk off with par.

This turned out even better. The putt dropped for an unlikely birdie, and Spieth was all smiles walking off the green.

"I put my putter up, which usually means it will find a way to lip out," Spieth said.

No chance on this day.

He opened with an 18-foot birdie putt on No. 1, got a good bounce with his 7-iron on the par-3 second to about 8 feet, and then made birdie on the par-3 third. After that, his iron play and his short game -- always exquisite -- were so good that he didn't need to make any big putts.

Wrapping up his second full season as a pro, Spieth gets a new experience on Sunday -- playing with a big lead.

"I'm still going to have to shoot under par to win," he said.

Bradley will be chasing using the short putter, as he has done this week ahead of the Jan. 1, 2016, ban on the anchored stroke used for his belly putter. Bradley in the 2011 PGA Championship was the first player to win a major using a belly putter.

"I've had five years and hours and hours of practice that are now taken away from me," he said. "But it's fun to come out here and prove to everybody and myself that it's not a big deal. This is probably the best three days of putting I've had in a couple of years."