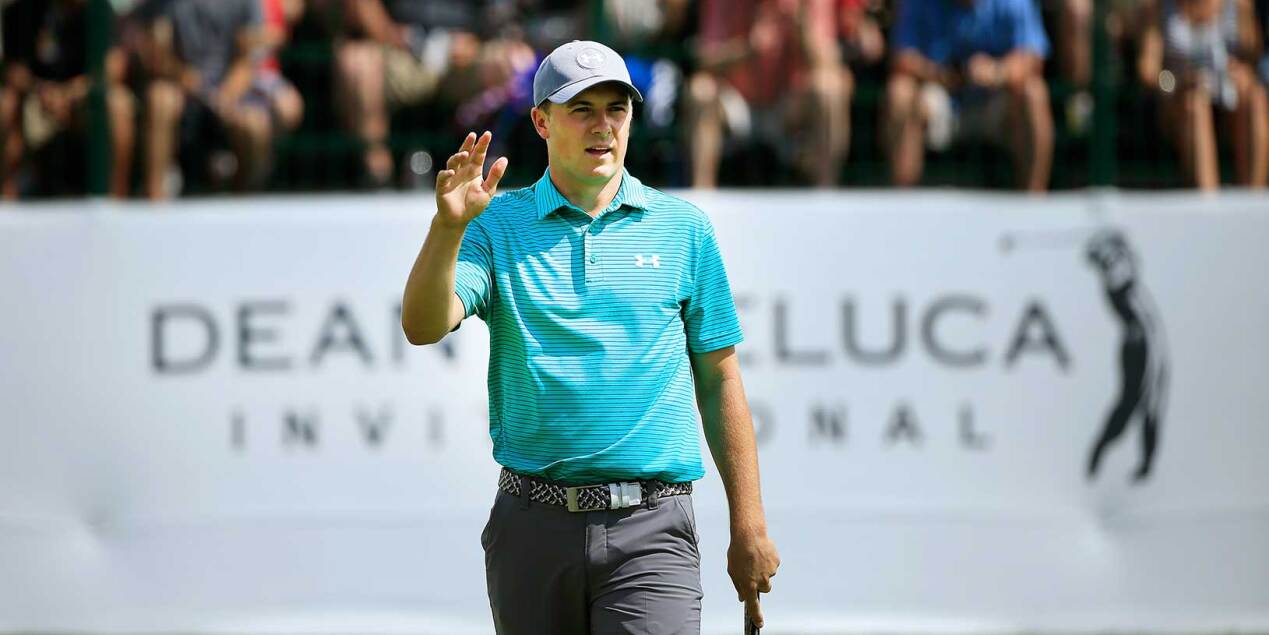 A few observations from Thursday’s first round of the DEAN & DELUCA Invitational, with Bryce Molder the leader after a 6-under 64 at Colonial. World No. 2 Jordan Spieth opened with a 67.

Jordan Spieth missed his first five fairways, which usually spells doom at Colonial’s tight layout. He not only survived but thrived, going 2 under on those holes en route to a 3-under 67.

Spieth said it was a better round than the 64 he shot in the opening round last week at his home event, the AT&T Byron Nelson, when he was fighting swing issues and had to lean on his putter.

“First few holes, it’s hard to find these fairways,” said Spieth, who found 6 of 14 overall on Thursday. “But I felt like the swing was still there. I was still striking it nicely. I was hitting good approach shots.

“I’m not a gambling man, but I’d mortgage my house on the weekend and make some real money. I’m going to ride this pony, this wild mustang, all the way to the finish line.” Comedian Bill Murray on Jordan

“I wasn’t very concerned with the missed fairways. I knew they’d come eventually.”

About the only negative was his second shot of the round, when he found the fairway bunker at the par-5 first. Spieth made up for the poor shot by rolling in a 21-footer for birdie.

“I didn’t play a smart shot at all,” Spieth said. “It was just a bonehead move on the second shot, which I don’t really know what we were thinking because I took a club that can reach both fairway bunkers instead of just punching it up and hitting a wedge.

“But a good putt sometimes makes up for a couple of misses.”

Spieth knows that missing fairways will eventually catch up to him if the trend continues. In his attempt to produce “boring” golf and maneuver into contention on Sunday afternoon, he’ll need to find a few more the rest of the week.

Read the Full Article at PGATOUR.com