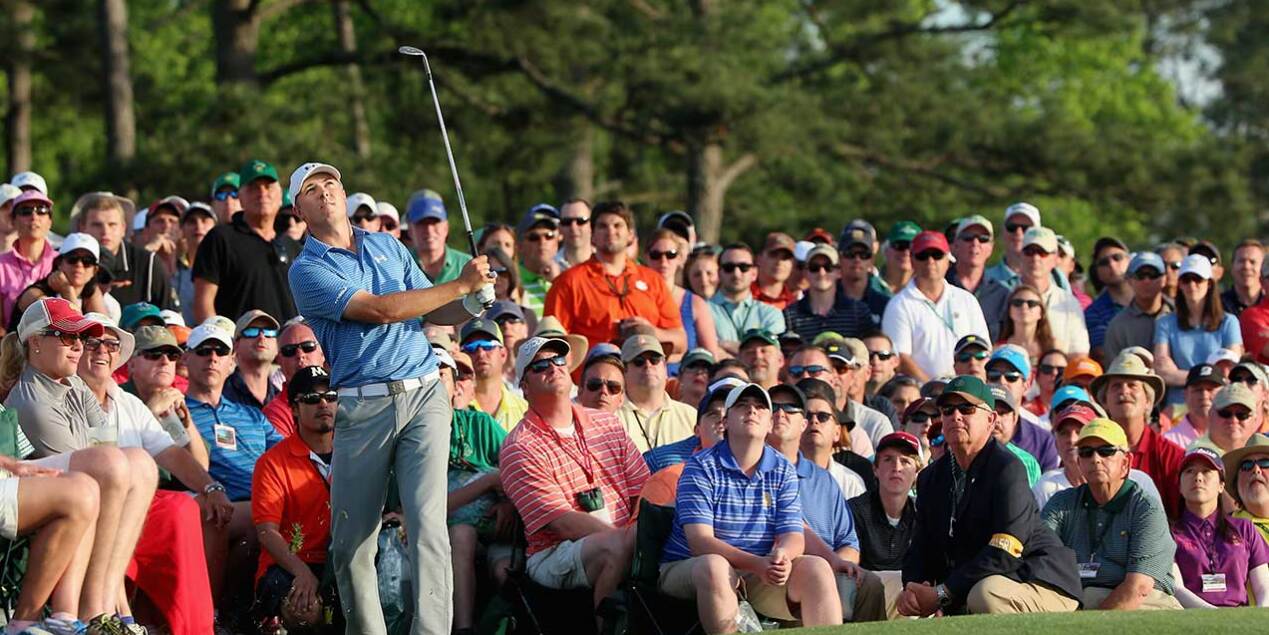 On the 18th hole Saturday, as the sun set over the Masters, Jordan Spieth hit a full-swing flop shot off an iffy downhill lie over a bunker and to a downhill hole location. For the layman, this is roughly like parallel parking a Buick into your refrigerator.

If he had hit this shot at any other point in his life, it would been ridiculously risky. But Spieth hit this knee-buckling absurdity on the third day of the Masters, shortly after double-bogeying the previous hole and after having seen his once cavernous lead at the Masters dwindle to an uncomfortable four shots. This leaves only two possibilities.

One is that Jordan Spieth is a golfing genius and the gutsiest young player we’ve seen around these parts in a long, long time.

The other is that Jordan Spieth is just a little bit crazy.

“I don’t recommend ever hitting it there,” Spieth said afterward, speaking of the impossible position he had put himself next to the 18th green. Spieth said that until almost the very last second he planned to do what any mere mortal would do – bump the ball down toward the flag, watch the ball roll to 15 or 20 feet by and just hope to make a long putt. That’s what his caddie, Michael Greller, wanted him to do. That’s what any caddie would want.

But at the last second, Spieth decided to hit the full flop, a shot that buckles the knees of every player of every skill level around the world, a shot that even Spieth conceded he’d only pull off one out of every five times. And that flop shot came out just right, it rolled to within 9 feet of the cup, and he made the par putt to maintain that four-shot lead going into the final day at the Masters. Four shots is the largest lead a player has had going into the final round at the Masters since Rory McIlroy in 2011. More on that in a minute.

First, a few words on that absurd shot.

“If you caught me a year and a half ago,” Spieth says, “I probably would never have played that shot in that scenario. … That just took some guts. And having been in this scenario, in contention enough, I felt comfortable enough playing that full flop.”