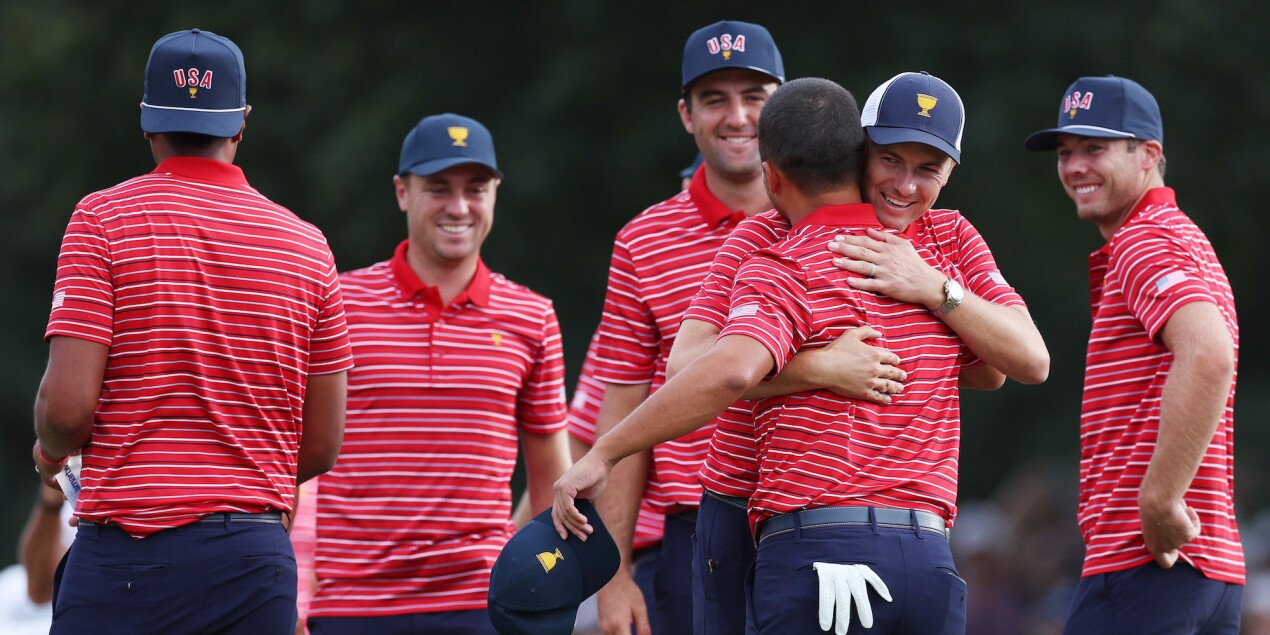 The U.S. team captured the Presidents Cup again, taking down the International team 17½ to 12½ at Quail Hollow Club in Charlotte, North Carolina, on Sunday. It was the Americans' ninth straight victory and 12th in 14 editions of the event.

Over four days, Jordan Spieth and Justin Thomas emerged as the face of American team golf, now that Dustin Johnson and Patrick Reed are competing on the LIV Golf circuit. South Korea's Tom Kim became a household name, and the International team showed a lot of heart in competing better than expected.

Here are five things we learned this week at Quail Hollow:

Everyone needs someone to love them like JT loves Jordan, and vice versa.

There's no question the International team has inherent hurdles the Americans don't have to deal with, starting with language barriers, cultural differences and unfamiliarity with each other.

International team captain Trevor Immelman wasn't exaggerating (that much) when he called this U.S. team the greatest ever assembled. The 12-man U.S. squad included five of the top 10 players in the Official World Golf Ranking. Each of them was in the top 25.

And when U.S. team captain Davis Love III can roll out the tandems of Thomas-Spieth and Xander Schauffele-Patrick Cantlay each session, it's like having Max Scherzer and Justin Verlander in a five-game series.

Photos from the 2022 Presidents Cup 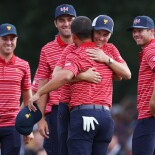 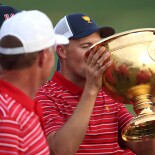 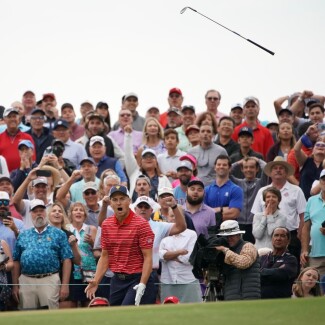 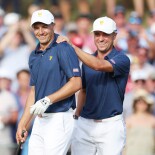 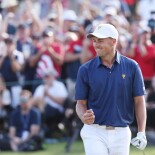 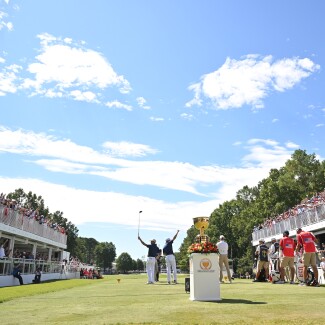 Spieth and Thomas, who have known each other since they were kids, went 4-0 in foursomes and four-ball matches. Cantlay and Schauffele, who are friends, both hail from California and won the PGA Tour team event in New Orleans this past season, went 2-1. The players went a combined 3-1 in singles.

When it looked like the Presidents Cup might turn into another rout on Friday, one of the most exciting things to watch was Spieth and Thomas feeding off each other, fist bumping, chest bumping and screaming at each other along the way.

And that's what makes the core of U.S. stars so dangerous in team events going forward. LIV Golf might have actually done the Americans a favor by luring away Reed, who was popularly known as "Captain America" by fans but wasn't so popular in the team locker room. Reed infamously complained of captain Jim Furyk's "buddy system" in choosing pairings at the 2018 Ryder Cup in Paris, which the Americans lost, 17½ to 10½.

The 12 players who competed for the U.S. this week genuinely seemed to like each other. There wasn't an elephant in the room because of Bryson DeChambeau's ongoing beef with Brooks Koepka, or because Reed was unhappy about having to play with Tiger Woods instead of Spieth.

A few times this past week, Presidents Cup rookie Max Homa, a five-time winner on the PGA Tour, mentioned that he wasn't particularly close to anyone else on the U.S. team. But when Homa said it again during a news conference after Sunday's victory, Sam Burns quipped, "Love you, Max."

"Sam's a perfect example of somebody I've always gotten along with great and somebody I was looking forward to getting to spend real time with," Homa said.