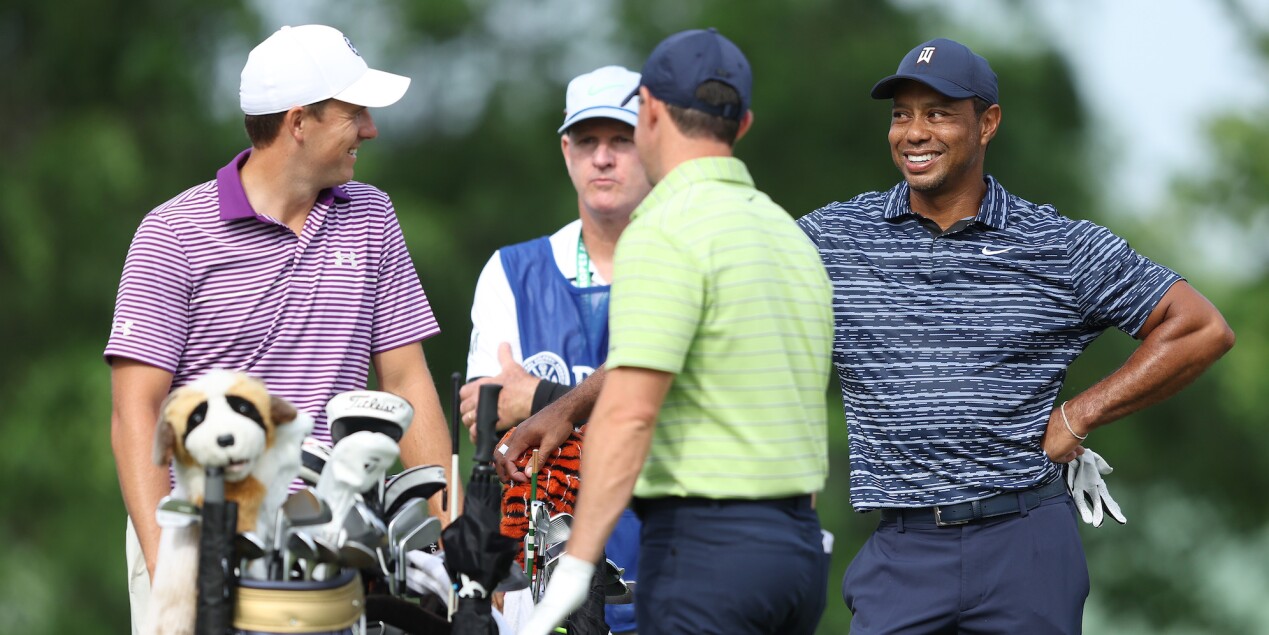 Hopefully, The Match itself is better than the pre-tournament press conference.

Tiger Woods and Rory McIlroy are set to take on Jordan Spieth and Justin Thomas on Saturday evening under the lights at Pelican Golf Club in Belleair, Florida. On Wednesday, a Zoom call with all four players failed to create the hype often associated with a boxing match; this was more of a meeting of a mutual admiration society—with a few subtle digs.

“If you told myself and JT in 2012 when we were in college that we’d be playing against these two in a match, that would be a really, really cool thing,” Spieth said. “We want to win it because of how much these guys inspired us.”

That may be the case, but Thomas has done battle with Tiger enough to know that he and Spieth are at a significant disadvantage against Woods and McIlroy in terms of on-course achievements.

“They’re both quick and witty,” Spieth added. “I was saying to Justin that we might have to take the nice guy route, which isn’t normal for us in these type of matches.”