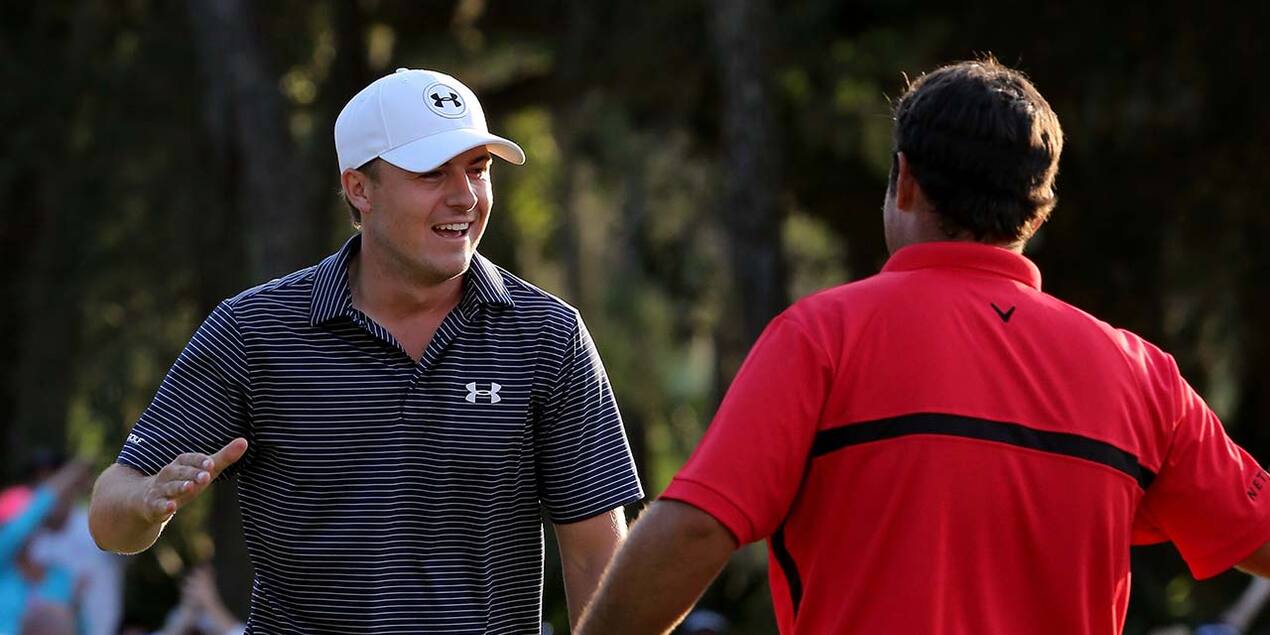 Every Sunday night, GOLF.com conducts an e-mail roundtable with writers from Sports Illustrated and Golf Magazine. Check in every week for the unfiltered opinions of our writers and editors and join the conversation in the comments section below. This week we're joined by a special guest, CBS Sports analyst Peter Kostis.

1. Jordan Spieth birdied the third playoff hole to defeat Patrick Reed and Sean O’Hair and win the Valspar Championship. Spieth joins Tiger Woods, Sergio Garcia and Robert Gamez as players since 1940 to win twice on Tour before age 22. Does Spieth have the talent to win multiple majors or does his relative lack of power mean he’ll only be able to pick off wins here and there on shotmaker’s courses?

Peter Kostis, CBS sports analyst (@peterjkostis): Seriously? Lack of power? I believe averaging nearly 300 yards off the tee is enough to compete. So many times we judge players on the tangibles like swing positions and aesthetics, or power, just like they do at the NFL combine. We neglect the intangibles like heart, competitive emotional composure and those things that make you a winner. The fact that Tom Brady was a sixth-round pick shows the flaws of the evaluation system. Jordan is a winner, period. I would expect more victories and multiple majors before his career is done.

Cameron Morfit, senior writer, GOLF Magazine (@cameronmorfit): I walked with Spieth as he played the last nine holes in regulation, and the three playoff holes, and I don't think he's too short off the tee to be dangerous at the majors. He was even with Reed after both hit great drives on 18 in the playoff. Plus, Spieth is getting more comfortable in the big moments, and that was the only thing that was missing. He looked at the hole as he made a crucial six-footer for par on the 17th in regulation, and then looked back at the ball as he made that tense 12-footer to salvage an unlikely par on 18. The putt he made to win, on 17 in the playoff, was traveling pretty quickly when it hit the back of the hole. Whatever. He found a way to get it done "in the smoke," as Trevino used to say.

Michael Bamberger, senior writer, Sports Illustrated: Can I give a shout-out to the Innisbrook event first? Best event in a long time. Unpretentious players in the playoff, on an unpretentious course, with an unpretentious sponsor, and an unassuming telecast. Three Americans taking different routes there, with different swings, all playing fabulously imperfect golf. I loved watching all three. I love Spieth's heart, win or lose. Whether he ever wins another golf tournament or not, I like his future.

Josh Sens, contributing writer, Golf Magazine (@JoshSens): Yeah. A real powder-puff. Only averages 295 off the tee. I almost feel sorry for him. No. I don't think we have to worry about his length. He has won on some stout courses and he was right there at Augusta last year, a layout that has been stretched to a pretty hefty distance, last I checked. If he stays healthy, no doubt he nabs a major or two before all is said and done.

Mark Godich, senior editor, Sports Illustrated (@markgodich): Spieth is plenty long (30th on Tour in driving distance at a step shy of 300 yards) and seems to be getting stronger—he's just a bit crooked off the tee (135th in the rankings heading into the Valspar). I also seem to recall that he finished T-2 last year in his first trip around Augusta National, at the age of 20. With that putting stroke, he can win pretty much anywhere, and I think this victory (and the manner in which he won) is going to open the floodgates. Spieth will win twice more this year, and one of those might be a major.

Michael Walker, assistant managing editor, GOLF.com (@michaelwalker): Jordan Spieth can be the American Rory McIlroy. He's not as long, but he's long enough, and with that short game and clutch putting he can compete anywhere with anyone. Spieth has a presence and confidence about him that reminds me of when McIlroy came on the scene. Everyone has game on Tour, everyone's competitive, but guys like Tiger, Mickelson, McIlroy carry themselves differently, like they're meant to be wearing green jackets and hoisting Claret jugs. Spieth's like that.

Joe Passov, senior editor, GOLF Magazine (@joepassov): Spieth absolutely has the talent to win multiple majors. He's got more than adequate power, averaging more than 289 yards off the tee in 2013 and 2014 and is up to 295 so far in '15. Augusta can play like a bomber's paradise yet he nearly won there last year. Controlling his emotions and shaky short putting seemed to be problematic last year, but clearly, he's progressed. What he proved at Innisbrook this week is that he's loaded with heart and guts. So many loose shots, so many amazing recoveries, so many huge putts.

Jeff Ritter, senior editor, SI Golf Group (@jeff_ritter): Multiple majors are coming. If not for Bubba's unbreakability down the stretch last year at Augusta, Spieth might already have one. What Jordan lacks in power he makes up for in irons, scrambling, putting and guts. Wouldn't surprise me at all if he bagged major No. 1 this year.

Gary Van Sickle, senior writer, Sports Illustrated (@GaryVanSickle): Spieth has two huge assets. He's a great scrambler who simply gets the ball in the hole. He's a genius at it. Second, he has the ability to hole out when needed. He's a buzzer-beater, it's just in his genes. He only has to get a little straighter tee to green to be a Curtis Strange, Tom Watson type of player. Luke Donald got to No. 1 without being a power hitter and Spieth, I think, will be much better.

Coleman McDowell, assistant editor, SI Golf Group (@colemanmcdowell): Spieth has increased his driving distance six yards from last year's average and ranks in the top 50 so far this year. It’s not like he’s dribbling it out there 250! Birdies are often linked to prodigious length, but Spieth was sixth in birdie average last year and is eighth this year. Players who hit it shorter than Jordan? Justin Rose, Patrick Reed and Rickie Fowler.

Read the Full Article at GOLF.com