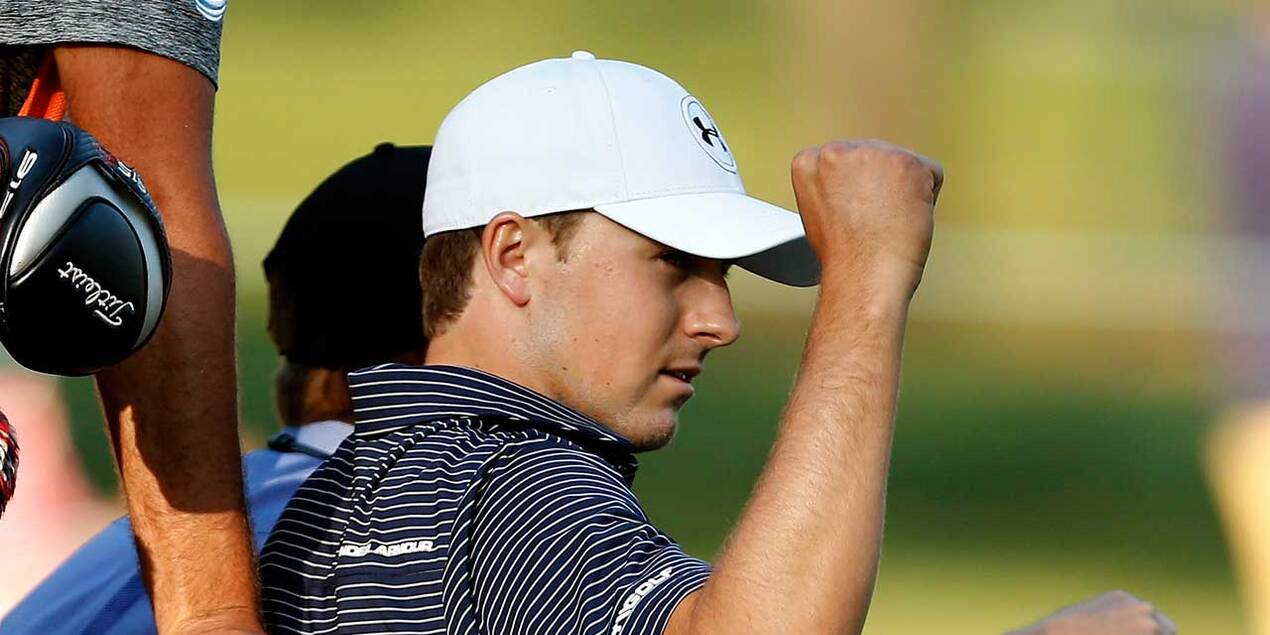 Jordan Spieth won his second PGA Tour title, defeating Patrick Reed and Sean O'Hair on the third hole of a sudden-death playoff at the Valspar Championship with a 30-foot birdie putt.

The putter Spieth used to hole the deciding putt was a 35-inch Scotty Cameron 009 prototype — a TOUR-only model he has been using since he was 15.

"The 009 was my favorite putter [as a junior golfer]" Spieth said at the 2015 PGA Merchandise Show. "Adam Scott and Geoff Ogilvy, two of my favorite golfers, used it, and that got me. I've been using it since I was 15, and I won't be changing anytime soon."

While Spieth has changed most of the equipment in his bag over the last few years, he said the lack of putter changes came down to one important factor: feel.

"I realize technology changes," Spieth said, "but it feels right for me."

As far as recent changes to his bag, Spieth put Titleist's new Pro V1x prototype ball and 915D2 driver — Spieth first started using the driver at Quicken Loans National before going back to his 910D2 — in play at the 2014 WGC-HSBC Champions event, and used the new driver/ball setup to win the Australian Open and Hero World Challenge.

"I'm playing the 2015 Pro V1x and very much it's an improvement for me just as each version has really improved," Spieth said after last year's Australian Open victory. "This one's better for me because that softer cover around the greens allows me to have more spin control and softer feel off the blade of my putter without jeopardizing any distance or spin with the long clubs. It's still long off the tee with more control off the greens."

Here's a look at the rest of the clubs in Spieth's bag: