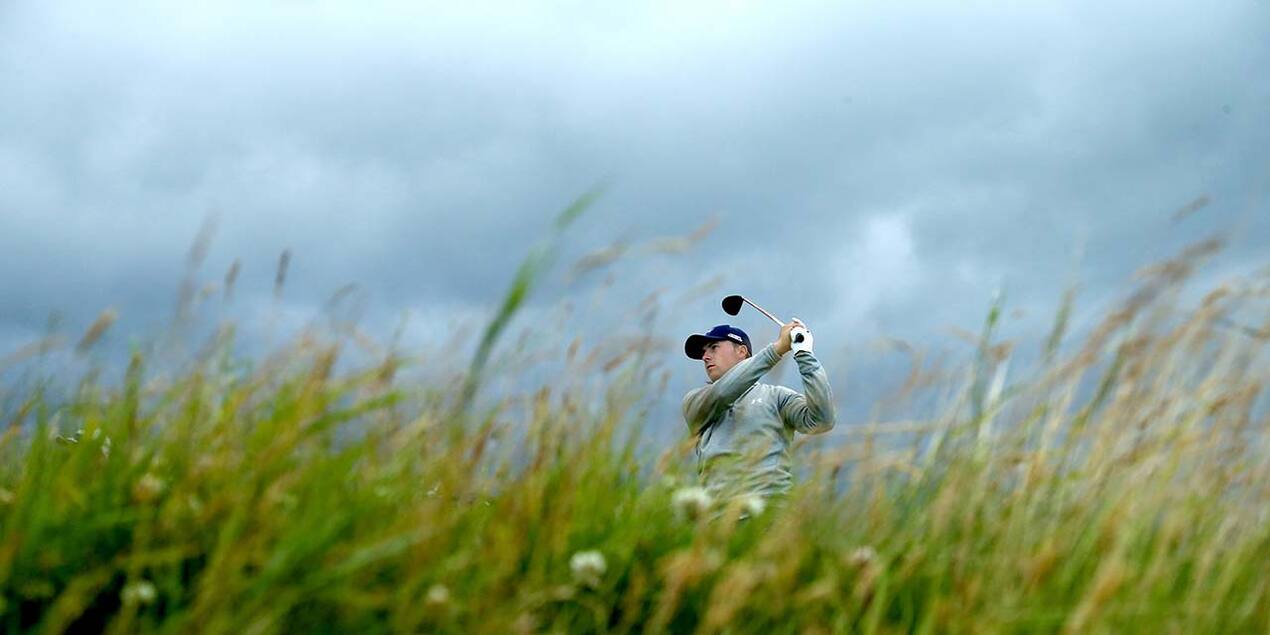 Turbulent winds and torrential downpours at St. Andrews caused a Monday finish for the Open Championship at the home of golf. The leaderboard was densely packed after the weekend with roughly a third of the remaining field within realistic striking distance of the Claret Jug, including some of the top ranked players in the world, and even a few amateurs, but the name near the top that everyone was paying extra attention to was, of course, Jordan Spieth.

The not yet twenty-two year old golfing phenomenon from Dallas that won The Masters in April while breaking numerous records, and becoming the second youngest winner of the Green Jacket, behind only Tiger Woods. In June, Spieth hoisted the U.S. Open trophy, becoming the youngest to win America's national championship of golf since Bobby Jones all the way back in 1923. This past week, he had a chance to do something that no golfer before him had been capable of, win the first three legs of the modern Grand Slam and put it all on the line at the PGA Championship at Whistling Straits in a few weeks for a chance at one of the most remarkable athletic accomplishments of all time.

The Grand Slam is an unofficial accolade in professional golf that was first recognized when Bobby Jones won The Open Championship, U.S. Open, U.S. Amateur and the British Amateur all in the same calendar year of 1930. The major championships have changed since then, and only Ben Hogan has ever won The Masters, U.S. Open, and British Open in one year, and in 1953 when he accomplished that feat, the PGA Championship was played almost concurrently, making it next to impossible to compete in both tournaments so Hogan had to settle with three majors in one year. Tiger Woods is the only golfer to win all four modern majors in a row, but he completed this throughout the final half of 2000 and into 2001, a period which is commonly referred to as the Tiger Slam.