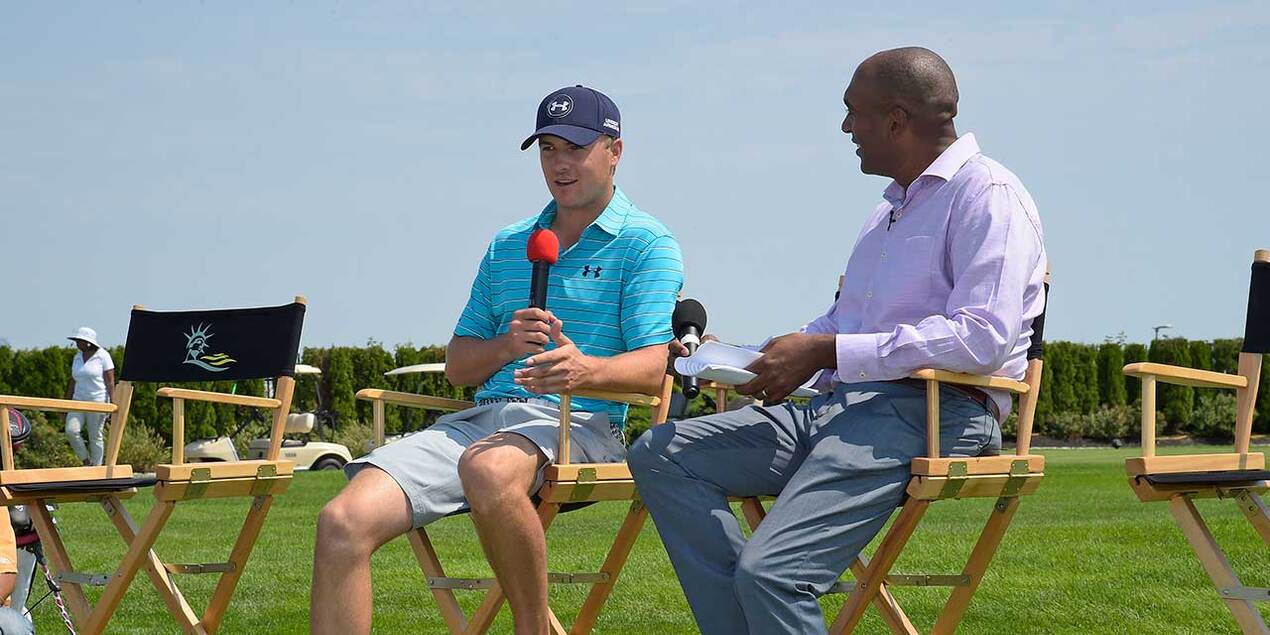 When they played the Barclays at Liberty National in 2009, Jordan Spieth was at a different golf course in New Jersey, winning the U.S. Junior Amateur at Trump National in Bedminster.

He was 16 years old, the best junior player in the world.

When Spieth returned to Liberty National Monday, he did so as the No. 1 player in the world, just six years later. He stopped by the Jersey City club, where the Presidents Cup will be held in 2017, to give a clinic and answer questions for kids from the local First Tee chapters.

As Spieth gets set to start the FedEx Cup playoffs as the frontrunner at Plainfield Country Club this week, he said it was after his won at Trump Bedminster that, “I knew I had to have goals -- to win the Masters and be the best player in the world.

“It’s a little wild to think that four years ago at this time I was getting ready to go from high school to the University of Texas,’’ Spieth said. “It’s been an amazing ride. It’s been a fun journey.’’

Spieth told his young audience he was attracted to golf as a kid while playing all the sports. He said his dad would have wanted him to be a major league pitcher but, as “an action freak” he decided golf was for him.