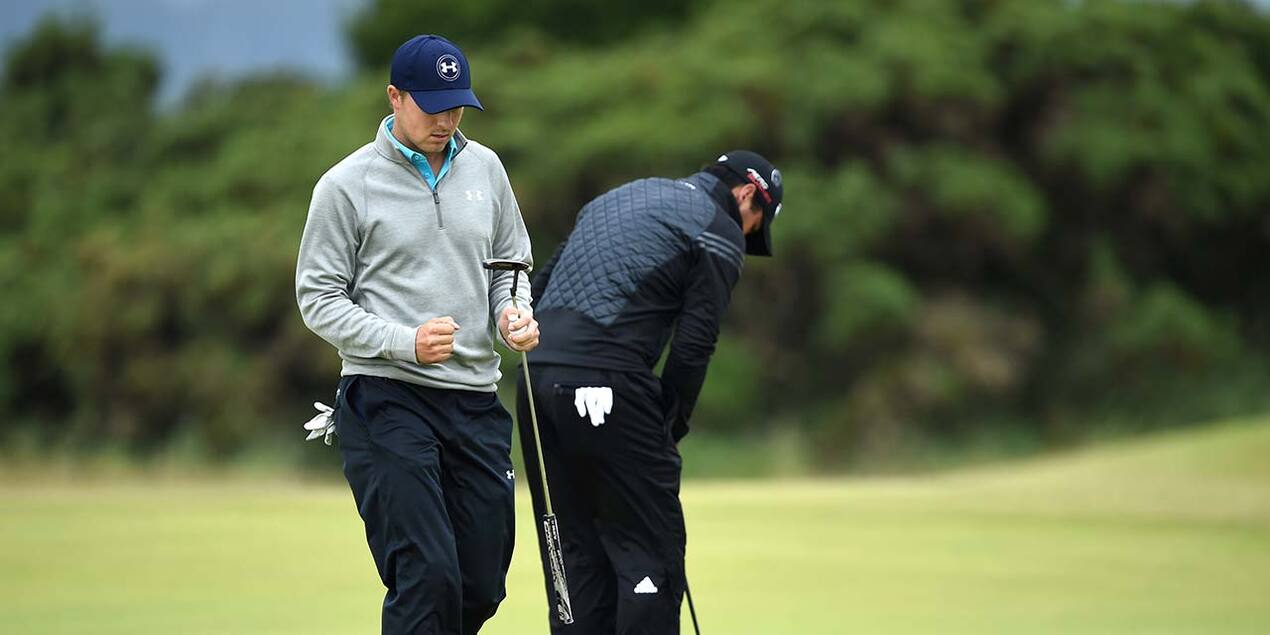 Dallas’ Jordan Spieth did not join Ben Hogan as the only players to win the first three majors in the same year. His Grand Slam quest ended on the 72nd hole of the 144th British Open on Monday, as he finished one stroke short of the playoff won by Zach Johnson.

Although Spieth was unable to maintain his historic chase, we are probably witnessing history in the making — the emergence of a potential all-time great.

In his third year on the PGA Tour, Spieth has won five times, including four this season, along with nine seconds and 29 top-10s.

His $460,377 payoff for finishing tied for fourth at the British Open lifted his career earnings past $17.3 million.

It’s worth noting that four of the previous six players inducted to the World Golf Hall of Fame never won a major. With each win, Spieth is matching or breaking marks set by Jack Nicklaus and Tiger Woods,

At 21 and in his third season on tour, Spieth is just getting started. Each accomplishment sparks the next stage of improvement. Each loss provides knowledge.

In his first Masters in 2014, Spieth held the final-round lead for eight holes but couldn't match Bubba Watson down the stretch. He came back the next year and went wire to wire. Lesson learned, another brick in the wall.

After becoming the first since Tiger Woods in 2002 to win the Masters and U.S. Open in the same season, Spieth received some criticism from media outlets for playing the John Deere Classic the week before the British instead of arriving early to scout the Old Course.

After all, how many chances do you get to win the sport’s most elusive prize, the Grand Slam?

But he hadn’t played an event since his U.S Open victory at Chambers Bay. He wanted to build a competitive base, which he did by birdieing four of five holes down the stretch and winning a playoff.

The youngest player to win the Masters and U.S. Open could have matched Woods’ record for most wins before age 22 in St. Andrews. He also would have overtaken the No. 1 world ranking from Rory McIlroy, sidelined last week with an ankle injury from playing soccer.

At the home of golf, Spieth’s Grand Slam quest dominated the headlines and TV reports. His presence overshadowed McIlroy’s absence. Transcripts of Spieth’s five news conferences during the week reveal only one reference to McIlroy, and that was from Spieth talking about power hitters.

The Scots made Hogan their adopted son during his first and only Open Championship. They were fascinated by his relentless preparation. And 62 years later, they embraced “SPY-ath.”

A chant of “Well done JORE-dun!” accompanied his approach shot to No. 17 during his third-round 66, which improved his deficit from five strokes to one entering the second Monday finish in tournament history. Then on 18, he was serenaded with “The Eyes of Texas” as he walked across the Swilcan Bridge.

When he rolled in a 40-foot putt on 16 to move into a share of the lead Monday, the roar reverberated in the misty twilight.

The stage was set for Spieth to match Hogan in the oldest tournament.

But on 17, the wind changed direction and the rain increased almost on cue. Spieth hit 3-iron to about 30 yards in front of the green and pitched to about 6 feet and missed the par putt. Needing birdie on 18 to tie for the lead, he hit his first poor drive of the day and hit his second shot short and right. The ball rolled down the sloped green.

He missed his long par putt from the Valley of Sin by about 3 inches. When he pulled out his ball, he shook his head in disappointment. Fans in the massive grandstand stood and cheered, then Spieth clapped back in thanks as he walked off.

Spieth still has a shot at history. He can join Nicklaus, Woods and Hogan with a triple crown at the PGA Championship.

Spieth like Tiger before him serves as motivation to a talented group of up-and-coming players. Three amateurs finished at T12 or better, including Jordan Niebrugge at T9. They might soon be pushing Spieth.

“There will be an amateur that wins a PGA event, or something like that, possibly even a major, at some point in the next decade or so,” Spieth said. “They are coming in with just no fear.”