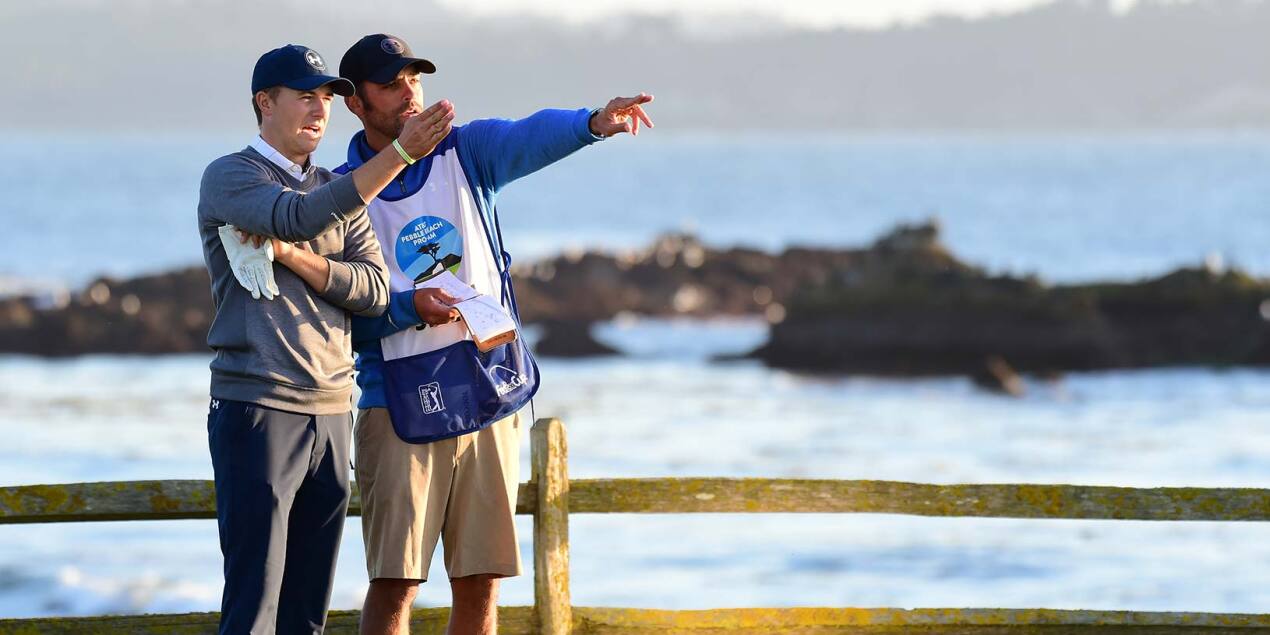 Amid all the celebrities Saturday at Pebble Beach, no one turned in a performance quite like Jordan Spieth.

Spieth took only 10 putts on the back nine, and none were particularly easy except for the last one. His pitch from 54 yards checked up next to pin for a tap-in birdie that gave him a 7-under 65 and a six-shot lead, the largest of his PGA TOUR career.

"I couldn't have asked for a better putting day," Spieth said, scary words from a two-time major champion regarded as one of the best putters on ordinary days.

Starting out the third round tied with Jason Day and Derek Fathauer, Spieth never gave anyone a chance.

Aggressive Play on No. 18

Following his only bogey of the round -- a 7-iron over the cliffs on No. 8 to a back pin that narrowly hung up in rough above the green -- he ran off three straight birdies and then made his toughest putt of the day. Spieth lightly pumped his fist after making a curling 6-footer for par on No. 12.

"That was probably the most satisfied I was on a putt," he said.

It was like that all day. He wound up one-putting 13 greens and took 23 putts for the round, unheard of on the saturated poa greens of Pebble Beach on their third day of having 104 professionals and amateurs and all their footprints.

Spieth was at 17-under 197, six shots clear of two-time Pebble winner Brandt Snedeker.

Snedeker did his part. He shot 30 on the front nine -- he started his round at No. 10 -- for a 67 and pulled within two shots when he finished. Spieth was about 400 yards away up the hill on the 14th green, doing what Spieth does. He saved another par with a 6-foot putt.

A Rock Solid Birdie Putt on No. 17

There was plenty of entertainment, as usual. All the big names in entertainment and sports were at Pebble Beach on the most magnificent day of the week, sunshine and a strong breeze, the blue Pacific and a large gallery.

Justin Timberlake chipped in twice and nearly made an ace on the seventh hole. Bill Murray, dressed in overalls, signed a man's bald head. Hockey great Wayne Gretzky bladed a long pitch shot that looked more like a one-timer from the blue line. It broke a woman's sunglasses, though that saved her from serious injury.

For golfing entertainment, it was all Spieth.

Dustin Johnson spent three days with him and couldn't keep up, at least not on the greens. The U.S. Open champion made three birdies over his last six holes and saved par after a shot into the Pacific Ocean on No. 18 for a 66. He was seven shots behind.

There were questions whether Johnson's second shot cleared the hazard along the ocean wall, though a television replay was not entirely conclusive. Johnson was at 10 under, along with former U.S. Amateur champion Kelly Kraft (66 at Pebble).

Rob Oppenheim, playing on a sponsor exemption with Pebble Beach Co. chief executive Bill Perocchi, had a 68 and was another shot behind.

Day, the No. 1 player in the world, finished up his second round at Spyglass Hill on Saturday morning with two birdies for a 64 to tie for the lead. His hopes ended quickly, however, when he played the back nine at Pebble Beach in 41. He birdied three of his last four holes to salvage a 75 and was 10 shots behind.

"It was just mistake after mistake and unfortunately, that's sometimes how it goes," Day said.

Snedeker will be in the final group with Spieth, along with their amateur partners. Spieth is playing with country singer Jake Owen, while Snedeker's partner is Nashville businessman Toby Wilt.

"Jordan is going to be out outnumbered," Snedeker said. "We got three Tennesseans in that group, so it will be a lot of fun to get in there. But the front nine will be huge tomorrow, the first seven holes. I've got to go out there and make some birdies and put some pressure on him. If you don't get the first seven holes at Pebble, you're going to have a long day, so I know what I have to do. Jordan's been playing great all year, I've seen it up close and personal."

Spieth had a pair of third-place finishes in Hawaii and tied for ninth in Phoenix. The only thing holding him back has been his putter, which hasn't been up to his standards. But he made them all Saturday, and now has a big cushion going to Saturday.

He knows it's not over. Pebble can allow for low numbers, and Snedeker has the 72-hole scoring record.

"He's somebody who can go out there and shoot 7, 8 under tomorrow," Spieth said. "So I've got to set a goal and stay real patient, try not to make many mistakes, hit a lot of greens in regulation." 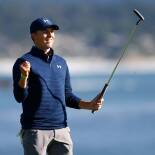 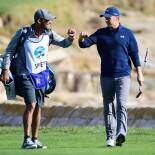 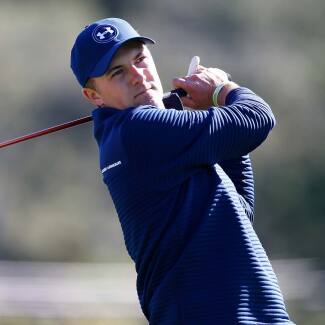 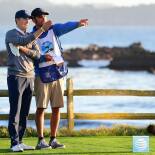 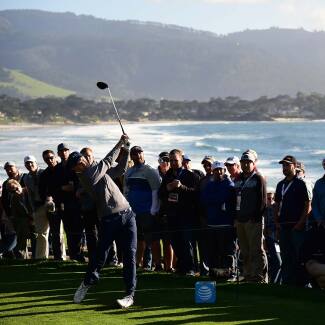